Edit
Click to search the Knowledgebase with Google
Death and Resurrection

Should your health bar become completely empty at any time, your character will die. When in the state of death, you will become a corpse. You can see other players, but cannot move around. You will not be able to speak in /say or /broad, or move equipment around, but you can /yell for help (to alert those nearby that you're in need of help) and speak in "private" channels such as guild, group, and send.

There is no death penalty for characters under 6th level. When your character dies, over 5th level, no equipment will be lost - but he will lose experience and a small number of constitution points. Even with the exp loss, your character will never "lose" a level based on the death exp loss - instead he will just remain at the beginning of the current level.

If a dead player is resurrected by a PC Cleric, Priest, or Druid, he will lose half the normal amount of exp point loss, and will not lose any constitution points. Constitution points can be bought back from NPC healers.

Note that this only applies to deaths in PvE - when a mob kills you, or you fall to your death. In RvR, when another player kills you, you will not lose any experience or constitution. You will, however, need to either /release or be resurrected. By default, if you die in the outdoors New Frontiers zones, or in a battleground and /release, you will appear at your border keep or your portal keep.

There is a time limit after you die. If you exceed this time limit, you will be automatically released to your bind location (or to your realm's closest border keep or portal keep, if you died in the New Frontiers or in a battleground). 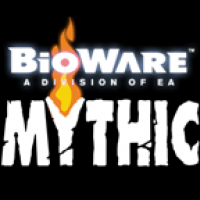