Bounty Points are rewarded for killing players, and unlike Realm Points they are consumable. They are used for currency to purchase: 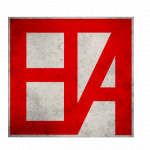